Last Saturday, I decided to bring the kids out for a little adventure on our Singapore’s public transport which is the Mass Rapid Transit (MRT). We had too much of car rides that I thought that it would be nice for them to experience train rides. What’s more, the daddy was not around. Luckily, the kids accepted the idea of not having the car with us. They were pretty excited though as they like to tap the card on the panel for them to access through the gates and were so insistent to hold it by themselves, though part of me was praying hard that they will not misplace it.

The two destinations I had in mind was the Central Public Library located at Bugis and the other one was Marina Bay Sands. I wanted to bring them to the library to borrow books and at the same time, to collect my succulents. As the photo have shown, we walked to the MRT station and we stopped at Bugis Junction to have our lunch @ Subway. 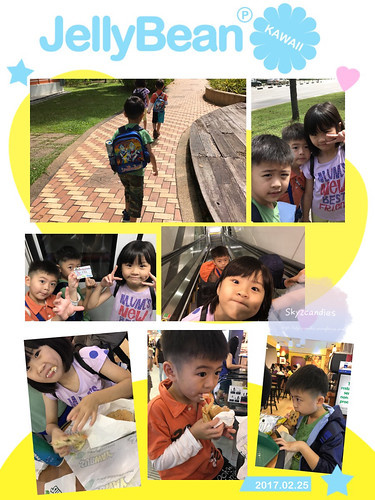 Finally, we reached the library and went on to Marina Bay Sands. Our last stop ended at the Superheroes Cafe and the boys definitely were happy about it. We had some fries and of course, ice-cream. 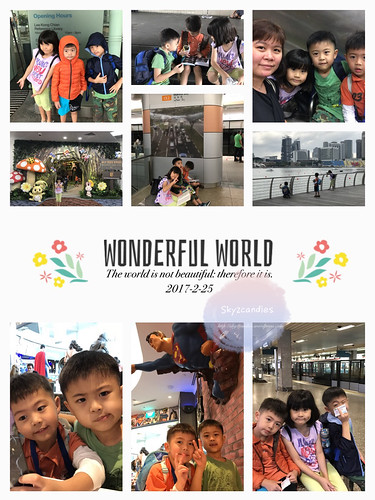 From this trip, I gathered that never once in my life, have I made so many transits in a short span of 2 hours. I am also proud to say that I can handle the 3 of them well by myself. So far, they are quite obedient and they bothered to encourage one another when we did the long walk from the library to City Hall MRT station.