At this point of time, there are many things happen simultaneously that I can use C to represent. For example, class, challenges, car….

But for this A-Z April Challenge, I decide to get C to represent children.

Honestly speaking, motherhood is something which I have never though of when I was much younger. Back then, I just wanted to climb the corporate ladder and be a successful lady with much vibes then. However, all these were lost with an ultrasound scan and a little yolk-sac hanging in it. What’s worse, it was a threatened abortion. A special kind of feeling dawned on me then, and a voice asking me to keep it safe and sound. I felt wanting to protect this little life in me and found that humans are amazing as we can reproduce.

It was also at this instance, especially when the child is born, I felt how my mother would have felt if the child did something which is disproving and again, the mother instinct to protect her children just set in.

I learnt a lot from my children. Especially the way they think and try to reason with us on certain matters. Their perspective can be so outright reasonable, yet with a little cheekiness in it. I also re-learn Maths, English and Mandarin as I have to guide my child in her homework and re-playing the games I 💖 to play as a child.

It’s the golden period now…and I wish they never grow up….. 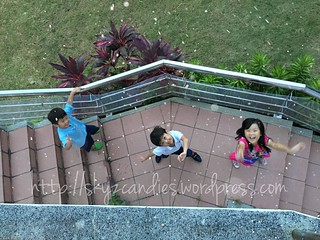